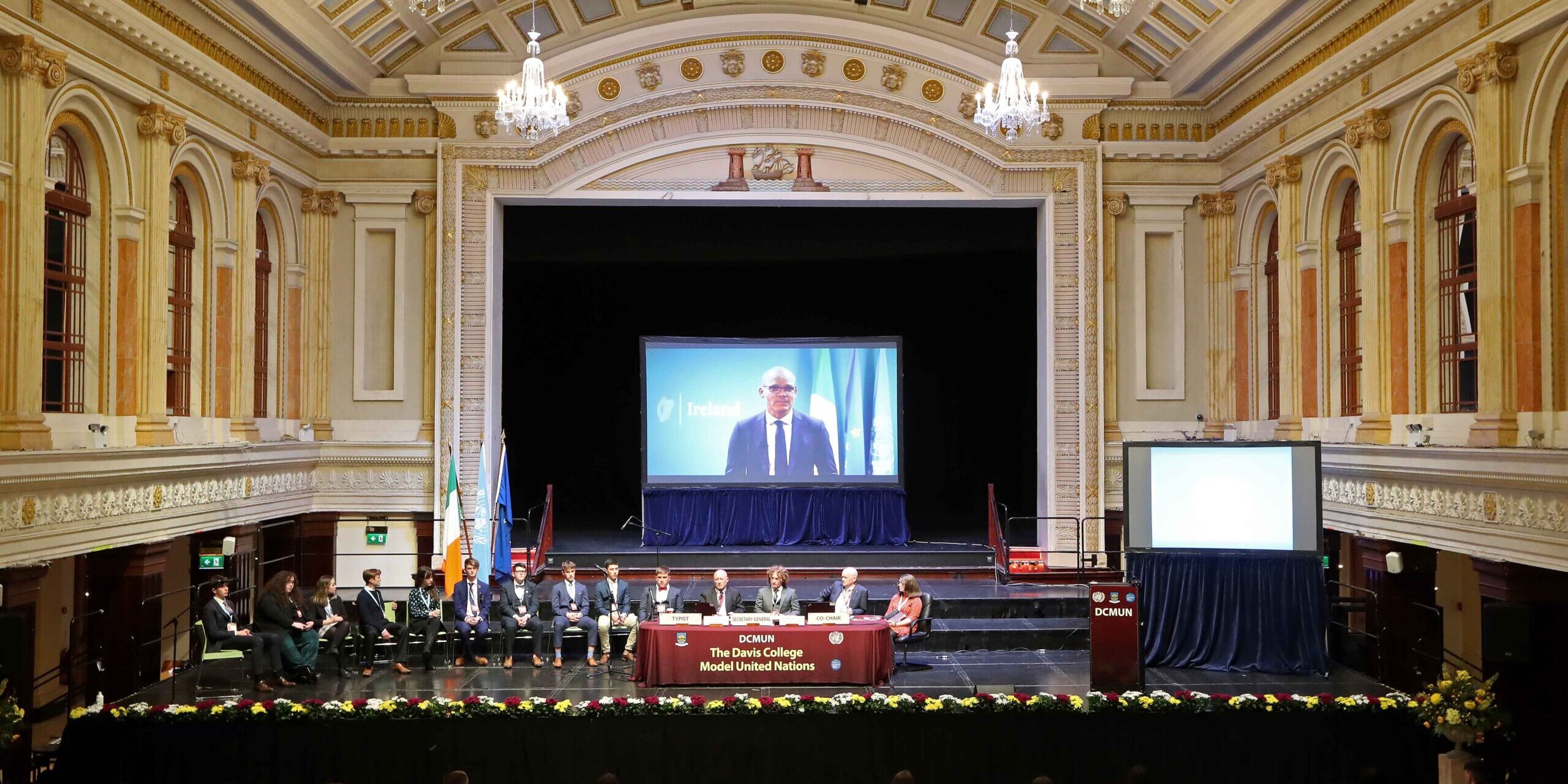 400 students descended on Cork’s City Hall to thrash out and discuss some of the biggest social, political and economic issues facing Ireland, Europe and the World as the country’s largest Model United Nations Conference which got underway on Tuesday May 3rd.

The Davis College Model United Nations Conference will continue across Wednesday and Thursday and will conclude on the evening of May 5th.

The two-and-a-half-day conference allows students to get to grips with real-life world issues and discuss and debate them and is once again hosted by Mallow’s Davis College, a Cork Education and Training Board school.

Students from up to 30 schools in Ireland and one school travelling from Valladolid, Spain, will assume the role of delegates and represent different counties and non-governmental organisations as they debate resolutions in General Assembly, Special Conference and Security Assembly on topics of pressing national and global importance.

This year’s topics will include debate and discussion on the following:

Speaking ahead of the conference, student and Secretary General of the Model United Nations Peter Holland said:

“I’ve already seen improvements in my public speaking skills and I find myself communicating my ideas much more effectively. Working with the other chief staff members has helped me develop skills in teamwork and delegation of work. I have no doubt that the skills I’ve developed will help me be more confident and capable in the future.”

Director of the conference José Horta said students gained lifelong skills that they could apply in their future lives.

He said: “The multifaceted nature of an activity as meaningful as MUN, allows all the participants to develop a set of skills that will be fundamental for their success in school and in their future lives.

“Besides this, MUN does not tell students what to do; it tells them what they could do and this makes all the difference. They are given a freedom that inevitably produces unexpected results; they discover information that we as teachers often lack access to and, therefore, produce ideas that would never come to the fore,” Mr. Horta added.

Director of Schools, Cork Education and Training Board, Pat McKelvey said Cork ETB was proud to support such an esteemed event which has proven to be an invaluable learning experience for students over the years.

He said: “We are delighted to once again have one of our post primary schools Davis College playing such a pivotal role in organising and hosting this conference, the first since 2020. The Model United Nations Conference teaches students lifelong skills and is a fantastic way for them to research and learn more about pressing issues, not just for Ireland and the world, but issues that are relevant to them as young people and allows them to form their own perspectives and opinions and discuss them amongst peers. I look forward to watching some engaging debates over the coming days and wish all the participating delegates well over the coming days.”