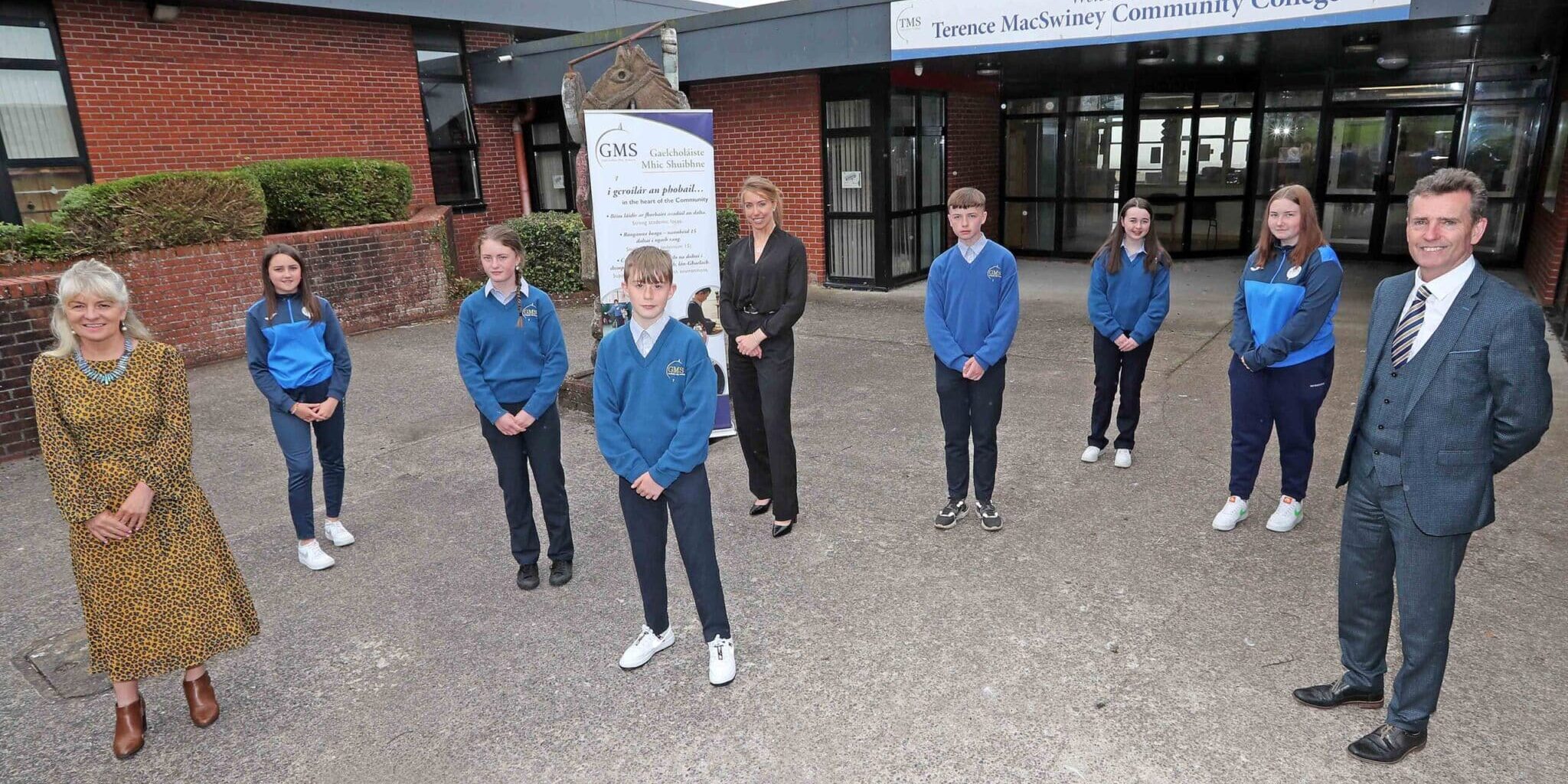 First established in 2019, Gaelcholáiste Mhic Shuibhne at Terence MacSwiney Community College represents another educational option for families in the City Northwest area and further strengthens the Cork Education and Training Boards policy of inclusion and diversity of educational choice which are amongst its key values.

“This wonderful achievement could not have happened without the dedication, hard work and vision of Deputy Principal, Neil Creedon, and the staff at Gaelcholaiste Mhic Shuibhne / Terence MacSwiney Community College. From the moment the idea of a Gaelcholáiste was proposed, staff enthusiasm and commitment were the key factors in ensuring its success. Their enthusiasm and willingness to engage in training and upskilling were vital ingredients for a successful opening. Their passion for the language and appreciation of Irish culture and heritage drove this project from the start.”

Over the past three years, staff have returned to school themselves under the tuition of Seán O’Broin from UCC to enhance their fluency and skill in the language. The teachers in the school’s Irish Department, under the leadership of Hilary O’Connor, were also central in bringing the Aonad Lán-Ghaeilge at Gaelcholáiste Mhic Shuibhne to reality. Professor of Modern Irish at University College Cork, An tOllamh Pádraig Ó Macháin also provided resources, language classes, guidance and advice to the team throughout.

Shining a light on the students themselves at Terence MacSwiney Community College, Ms. O’Flynn said; “Ultimately it is all down to the local families for giving Gaelcholáiste Mhic Shuibhne a vote of confidence by sending their children to the school. The students themselves have been our best advocates and are spreading the word that they are receiving the highest quality education through the medium of Irish.”

Ms. O’Flynn thanked Cork Education and Training Board who originally gave approval and support for the establishment of the Aonad.

She also noted how appreciative the school was for the assistance of Ms. Gean Gilger, Educational Policy and Development Officer with responsibility for Irish-medium education at Education and Training Boards Ireland (ETBI) who gave important guidance on bilingual education and has been an enthusiastic supporter of the Gaelcholáiste.

Commenting on the announcement, Chief Executive at Cork Education and Training Board Denis Leamy added;

“We at Cork ETB provide a pathway for every learner and improve educational resources and facilities for our primary schools, post primary schools and our Further Education colleges across the city and county on an ongoing basis. This sanction by Minister Foley is testament to that ethos and we would like to thank her for her commitment to Gaelcholaiste Mhic Shuibhne, at Terence MacSwiney Community College.”

This announcement, coming on the back of the presentation of the prestigious Joe McDonough Award to celebrate Irish culture, language, and heritage, by An Taoiseach, Micheál Martin, T.D., on Tuesday last, continues a week of celebration for the school.